The population of pike has decreased radically in recent decades, which has created an imbalance in the coastal ecosystems in the Baltic Sea. In the SEABASED-project, we have worked to investigate if there were suitable conditions in our selected pilot areas in Östergötland to establish “pike factories”. Administrator Kenneth Winroth from the County Administrative Board of Östergötland reveals what we have learned about planning and constructing a pike factory.

Need for potential places for the pikes to spawn and rejuvenate

The pike is one of Sweden’s most common predatory fishes. Unfortunately, the population of pike in the Baltic Sea has decreased radically in recent decades, which has affected the imbalance in the coastal ecosystems. One reason for the pike’s reduced densities is that a large part of Sweden’s wetlands has disappeared through ditching, cultivation, or lake subsidence. This has led to a decrease in potential places for the pikes to rejuvenate, many of these habitats have disappeared completely.

Within the SEABASED-project, we have worked to investigate if there were suitable conditions in our selected pilot areas in Östergötland to establish so-called “pike factories”. A pike factory is designed with the aim on satisfying optimal conditions for favorable pike recruitment. In other words, shallow wetlands that are heated in early spring with vegetation and which favorably dry out in late summer are preferred. The fish spawn attaches to the vegetation and is therefore not at risk being suffocated in the bottom sediment. The grass also provides plenty of hiding places for the fry. Not only do the pike wetlands benefit the pike, but they also have positive effects on the entire environment. In drier climates, wetlands have a great value in retaining fresh water, which for example can contribute to less impact on groundwater levels. Wetlands are also very important for birds, insects and vegetation and contribute to increased biodiversity. 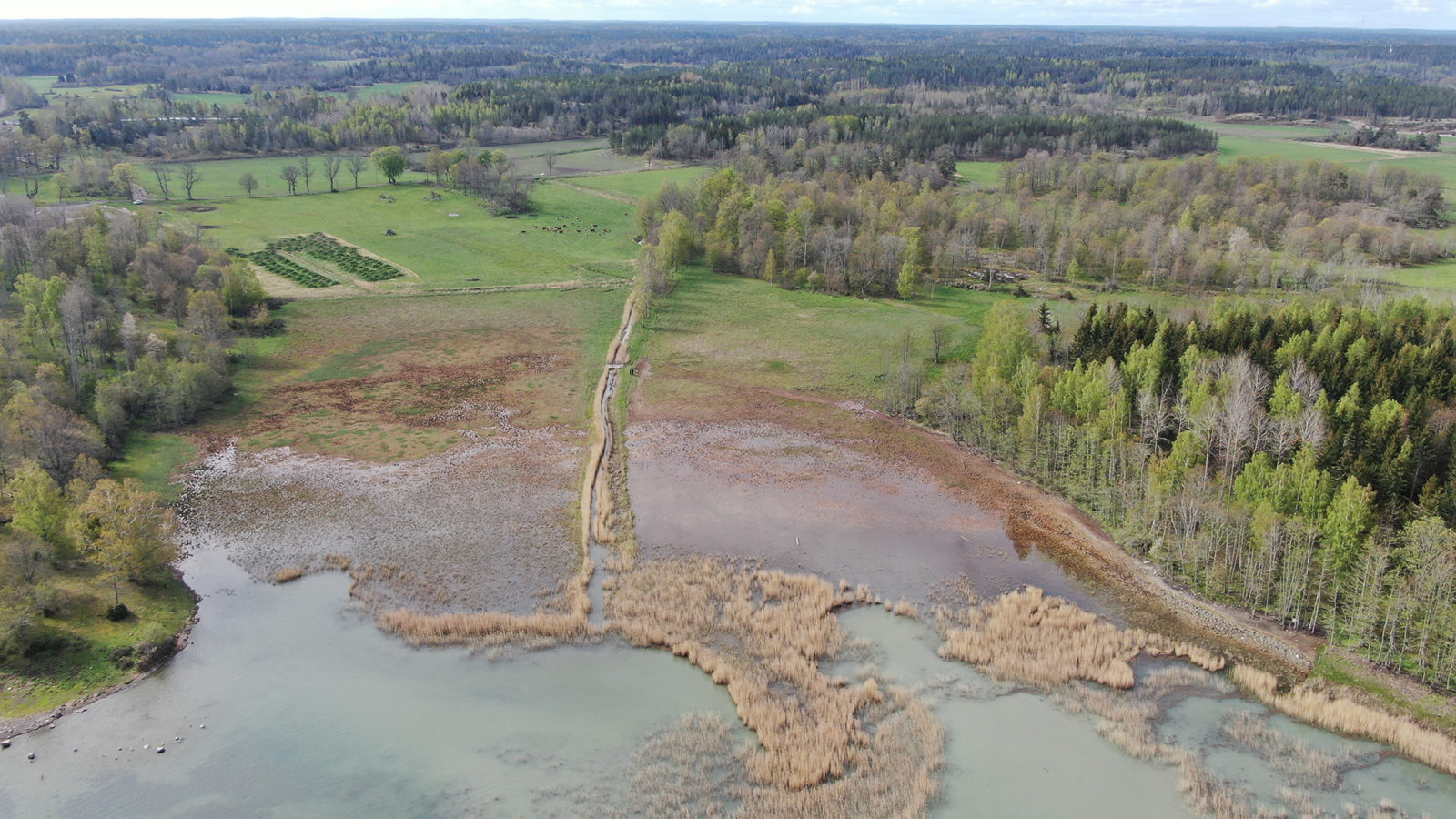 Photo: County Administrative Board of Östergötland

What to consider when building a pike factory

The best chance of succeeding in the construction of a pike factory is when it is built in environments where there have been wetlands earlier. It is often a matter of restoring wetlands that have disappeared because of ditching. It is also possible to build pike factories in areas where natural conditions do not exist, but these areas require more excavation work and are therefore more expensive to build and it takes time for vegetation to establish.

The measures often seem complicated as there may be several interest groups that must be heard/included for its implementation. A successful restoration effort requires that the landowner has a positive attitude and that the necessary permits can be given for the measure. Great consideration must also be given to, among other things, social, economic, and cultural-historical interests. Be prepared that restoration efforts might take a long time to complete.

Within the SEABASED project, a procured external consultant investigated if there were prerequisites for establishing “pike factories” in three areas, where the landowner had a positive attitude towards the measure. However, we concluded that the proposed locations’ catchment areas were too small to ensure that they would be water-bearing throughout the pike’s rejuvenation period. We therefore chose to refrain from planning and construction of pike factories in these areas. The project has nevertheless been valuable as we have gained experience in how such a project should be carried out.

These are the steps we recommend when constructing a pike factory: