I was around six or seven years old and attended the summer swimming school, a common thing to do for kids here in the Åland Islands. This year it was held at Kaldersfjärden bay in Jomala municipality. We played, learned how to swim and dive, and jumped into the water from the floating raft. After swimming we ate our lunch on the cliffs by the beach while we were drying in the sun. That summer, in the late ‘80s, I was honored with the “Åland medal”, after swimming 300 m back and forth across Kaldersfjärden. A great achievement for a small child.

Today there are no swimming schools at Kaldersfjärden. In fact, swimming is not recommended at all. Dead fish have been seen floating around, the water is green, and the transparency of the water is… Well, suffice to say you wouldn’t want to drop your child in there…. The two bays Kaldersfjärden and Ämnäsviken, connected by a shallow canal, are classified according to the Water Framework Directive as having “bad ecological status” (see red colour on the map below). 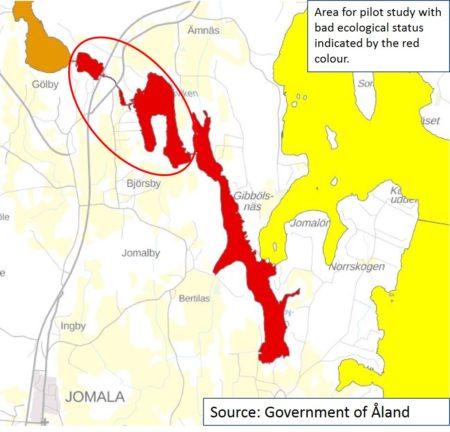 Up until 1972, Kaldersfjärden was also connected to Långsjön located upstream. As Långsjön was a new source for drinking water it was necessary to eliminate the salty bottom water and a floodgate was inserted between the two water bodies. In the late ‘80s a new main road was built between Kaldersfjärden and Ämnäsviken, narrowing the canal which resulted in a decrease in water exchange between the two bays. The shallow canal constitutes a sill between the two water bodies, making Kaldersfjärden a simplified miniature of the Baltic Sea. When salty water does enter, it sinks to the bottom of the bay during stratified summer conditions. As in the Baltic Sea this “lock” prevents oxygenation of the bottom water which in turn, via biogeochemical processes, releases phosphorus from the internal load in the sediments. This internal load is a result of many factors over time, e.g. leakage from agricultural fields, inadequate management of manure and individual sewers in earlier decades, etc. In the end, the deposited nutrients will become available for phytoplankton, including cyanobacteria (blue-green algae). As “all roads lead to Rome”, all – or at least some – of the nutrients will eventually find their way into the open Baltic Sea. 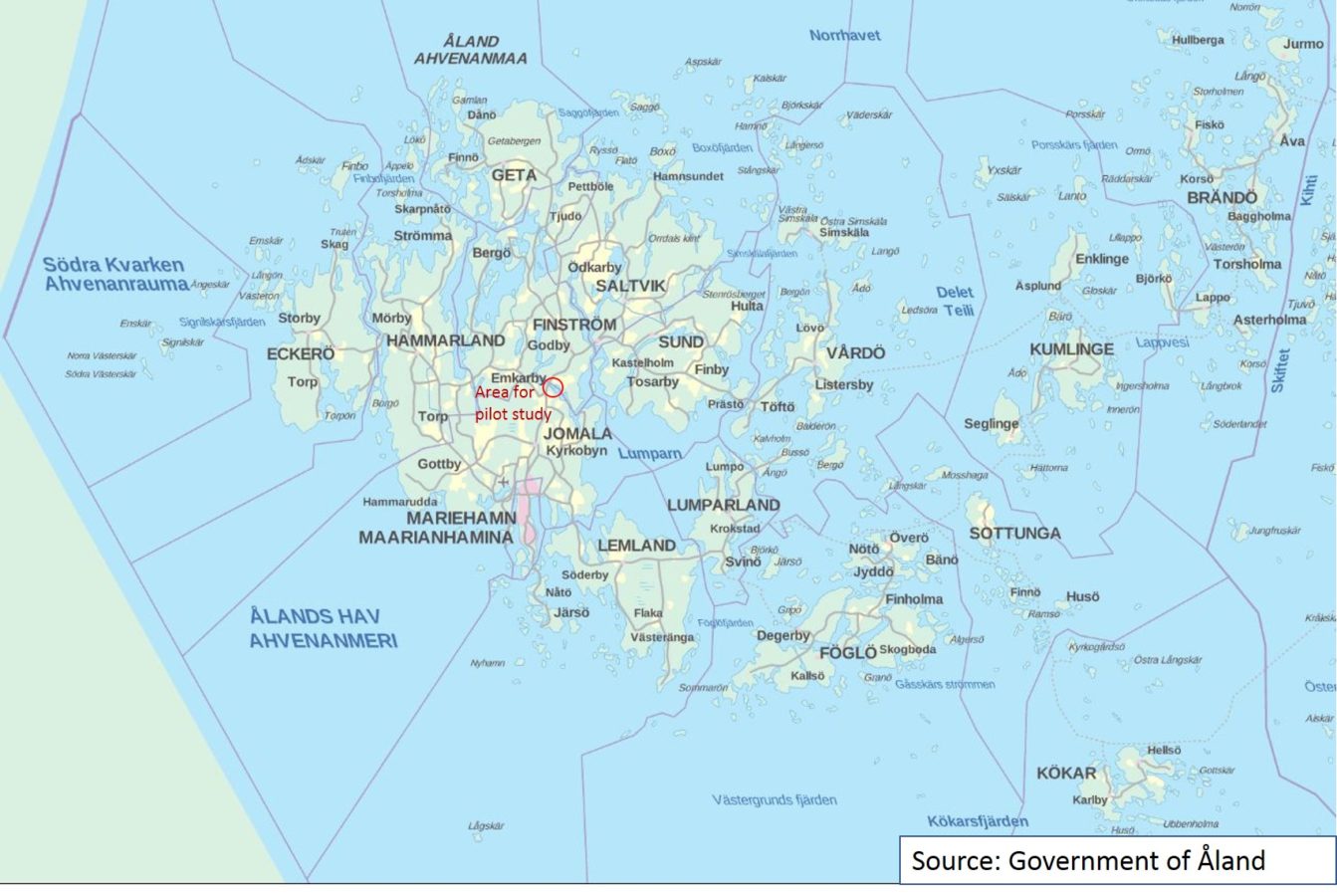 The SEABASED-project has chosen the area for an avant-garde pilot study, simultaneously accepting the challenge of improving two of the worst bays in Åland. Together with local farmers we will transport the nutrient-rich bottom water from the bays and use it for irrigation of crops. Can you really irrigate the fields with saltwater? Well, this has been tried in Västervik, Sweden, with promising results so we are expecting the same outcome here in Åland. Robin Hood took from the rich and gave to the poor, and we will do the same with nutrients. Remove them from the Baltic Sea and use them where they are needed, on the fields. Isn’t that pretty cool?!

Keep following our project as it progresses and let’s hope our kids can soon join the swimming school in Kaldersfjärden once again!

This blog by the SEABASED team member, Annica Brink from The Government of Åland,  kicks off the blog series of the SEABASED project.